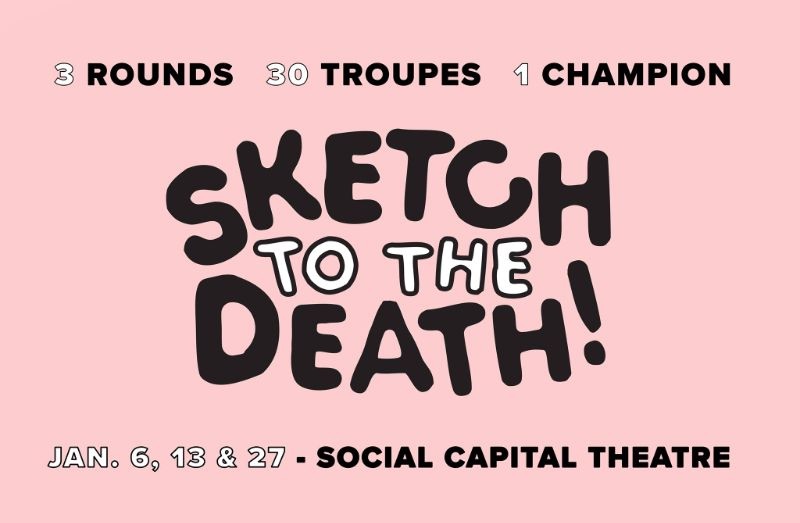 About: The first annual Sketch to the Death! sketch comedy tournament will feature a sample of sketch comedians from all experience levels, fighting to be crowned Toronto sketch champions! Will showcase 30 troupes, who will compete in five shows over three weeks. Guest judges and audiences will determine the winner.

Sketch to the Death! was created by Craig Scorgie, a sketch comedian, comedy producer and film editor based in Toronto. Craig has been writing and performing sketch comedy for over 12 years. His troupe Good Game were recently awarded Producer’s Pick at the Toronto Sketch Comedy Festival and Best Touring Troupe at the Seattle Sketch Comedy Festival. Craig is also the creator and co-director of the all-star sketch comedy collective The Wow, the monthly show The Wonder Show,  and co-creator of the  Best of Toronto Sketch.