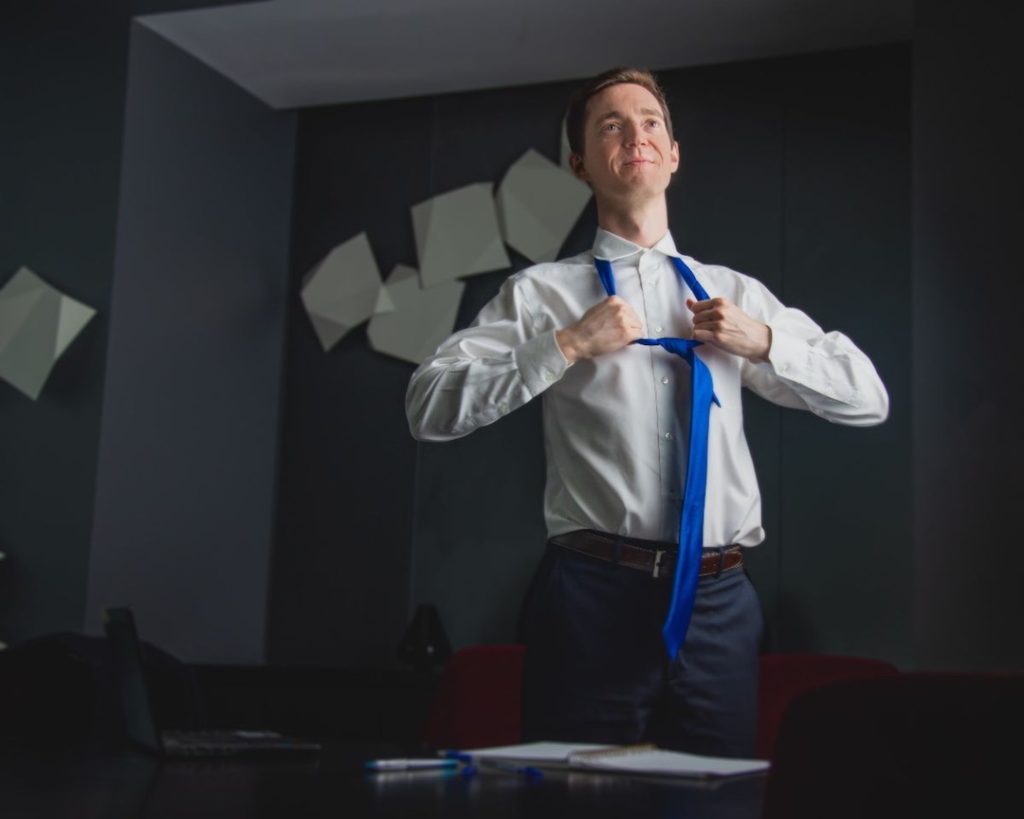 Details: Award winning comedian Ian McIntyre will present his new comedy revue The Rise and Fall of Dataman; a darkly whimsical journey into his quirky world of solo sketch comedy.

Inspired by his experience surviving a brutal corporate takeover – and his decision to leave office life behind him – this tall, thin, and cerebral comedian transforms into many colourful and seamless characters. Directed by Kirsten Rasmussen, the production explores the boundaries of silliness and showcases the sadness behind the clown.

Ian is a prolific sketch and improv comedian known for his distinctive characters and off the wall scenes. Ian brings to mind that well intentioned but misguided nephew who should spend more time playing sports instead of memorising the Dungeons and Dragons player’s handbook.

Heavily influenced by British comedy, Ian takes his cues from Monty Python, Rowan Atkinson, and A Bit of Fry & Laurie. He is a graduate of The Second City Conservatory Program, and was selected to perform at the Just for Laughs Character Showcase at TOsketchfest19. Ian won Best Newcomer at the inaugural Sketch to the Death competition in Toronto, and won a number of short video contests for his sketches while in school. He also produces The Variety Show, a monthly comedy showcase at The Social Capital Theatre.