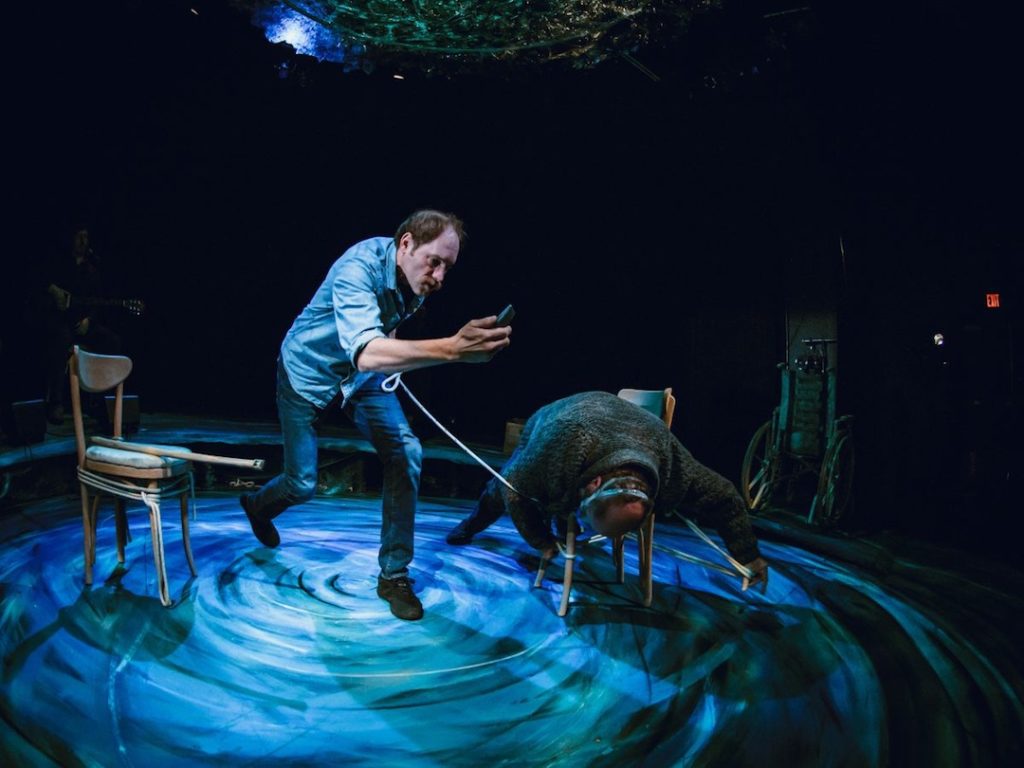 Where: Factory Theatre, 125 Bathurst Street (at Adelaide)
When: November 20 – December 8, 2019, Opening Night is November 21
Cost: Ticket prices range in price and can be purchased online at www.factorytheatre.ca or calling 416.504.9971

Details: Factory’s second CrossCurrents Canada presentation of the 2019-20 Season is the Toronto premiere of Between Breaths, an Artistic Fraud of Newfoundland production. Written by Robert Chafe and directed by Jillian Keiley, with an evocative live score by Juno Nominated The Once.

Inspired by the extraordinary life of Jon Lien, known as the Whale Man, the production sails through Lien’s inspiring career and the dangerous, death-defying work of saving whales trapped in fishing nets off Newfoundland’s coast. Saving over 500 whales in his long career, Lien worked tirelessly to earn the trust of the injured giants and the island’s fishermen, but his biggest fight came at the end of his life as dementia progressively conquered his body and mind.

Between Breaths travels through time, from the final moments of Lien’s life – brain damaged and confined to a wheelchair – to his very first whale rescue. Featuring an evocative live score by Newfoundland’s Juno-nominated The Once, this is a beautiful and poignant play about the parts of ourselves we hold on to after everything else is gone.

The Once is a folk trio based in St. John’s, Newfoundland, Canada, and have composed and arranged original music for the show. The featured musicians include Steve Maloney, Brianna Gosse, and Kevin Woolridge.