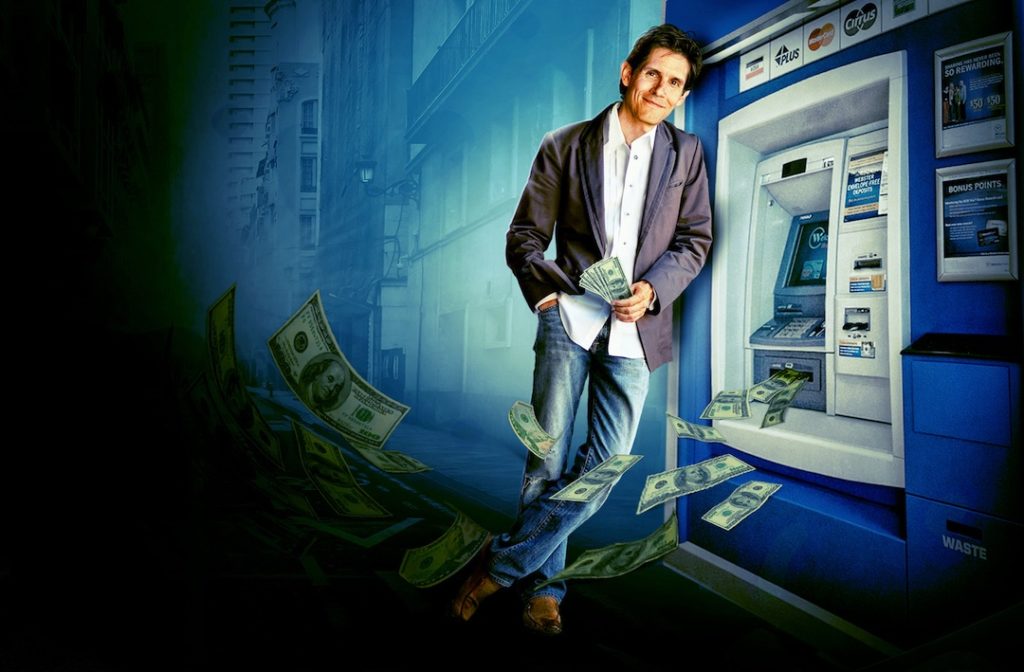 Details: What would you do if you were instantly six figures richer? Cash Me If You can is the incredible and hilarious true story of a down-on-his-luck man who cashed a $100,000 phony, junk mail cheque as a joke and fought the world’s biggest bank when it actually cleared. Written, directed by and starring Patrick Combs, the man himself, this true life David and Goliath tale has captured the imagination of millions.

The production makes its Toronto Debut after 400 performances, critical acclaim, and more than 100,000 tickets sold around the world. Initially undertaken without any background in acting, comedy, or theatre, Combs’s comedic one-man-show has been a smash hit since its Off-Broadway production over 15 years ago, with Combs and his stranger-than-fiction story featured on The Late Show, ABC Evening News, NBC Nightly News, and Good Morning America.

Patrick Combs is a bestselling author, and a highly acclaimed comedic entertainer. His book based on this show has been read by more than 1 million people in print and online. He has enjoyed smash-hit, sold-out runs at HBO’s Comedy Arts Festival in Aspen, Off-Broadway in New York, the prestigious Just For Laughs Festival in Montreal, and on more than 400 main stages around the U.S., Canada, and New Zealand. Patrick also enjoyed a 25 city main stage tour of Ireland which culminated in a 5 night run at the epic and landmark Olympia Theatre in Dublin, as well as a run at the Soho Grand in London’s West End.