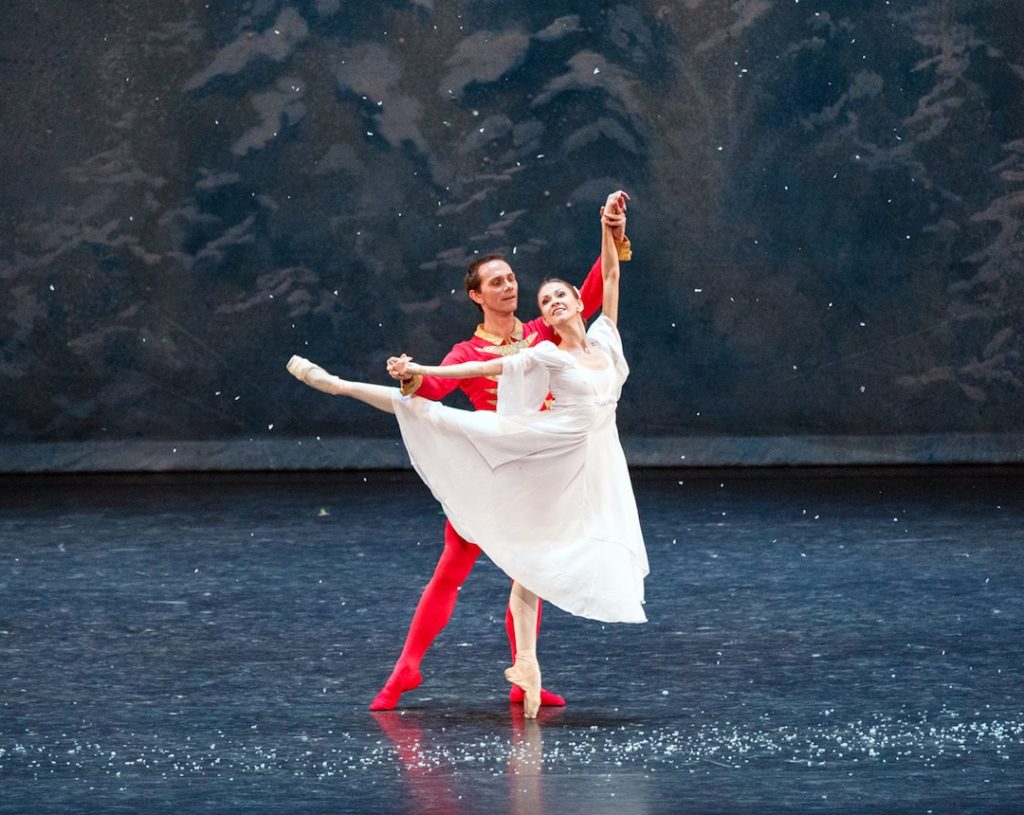 Details: The Toronto International Ballet Theatre (TIBT) and stars of Bolshoi Ballet proudly present the triumphant return of The Nutcracker. This unforgettable classic will feature internationally renowned Russian ballerina’s Anastasia Stashkevich and Vyacheslav Lopatin, principal dancers in Moscow’s Bolshoi Ballet, along with many of Toronto’s most promising emerging dancers.

The Nutcracker, one of Tchaikovsky’s most famous works about a young girl’s magical adventures on Christmas Eve, pairs some of Tchaikovsky’s most beloved compositions with world-class choreography, laying the foundations for a unique and outstandingly beautiful show. Guest artists Anastasia Stashkevich and Vyacheslav Lopatin, of the world-renowned Bolshoi Ballet, will showcase their aerial and spirited dancing supported by over 50 local emerging ballerinas, and enchanting tapestry with custom-made costumes and set designs adorning the stage. This is the only company showing the original Russian story of The Nutcracker in Toronto.

Anastasia Stashkevich is a Russian Principal Dancer of the Bolshoi Ballet. She has been praised as one of the company’s stand out artists. Her repertoire includes the role of Lise in Sir Frederick Ashton’s La fille mal gardée; Swanilda and L’Aurore in Coppelia; the title role in Yuri Burlaka’s Esmeralda; Marie in Yuri Grigorovich’s The Nutcracker; Ballerina in Mikhail Fokine’s Petrushka; and Galya in Alexei Ratmansky’s Bright Stream, amongst many others. Her awards include the Bronze medal at the Vaganova-Prix International Ballet Competition (2002) and the Silver medal at the Arabesque Ballet Competition in Perm, Russia (2004).

Vyacheslav Lopatin was born in Voronezh, Russia, and studied at the Voronezh Choreographic College, after which he apprenticed at the Moscow Choreographic Academy. In 2003 he joined the Bolshoi Ballet, where he presently works under the tutelage of Boris Akimov. He was promoted to the rank of first soloist in October 2009, to leading soloist in September 2011, and appointed to the rank of principal dancer in July 2017. In 2009 Lopatin and Natalia Osipova received a special prize from the jury of the Golden Mask award for their partnership in the Bolshoi’s production of La Sylphide.

The production will also include over 50 of Toronto’s young and emerging professional dancers.