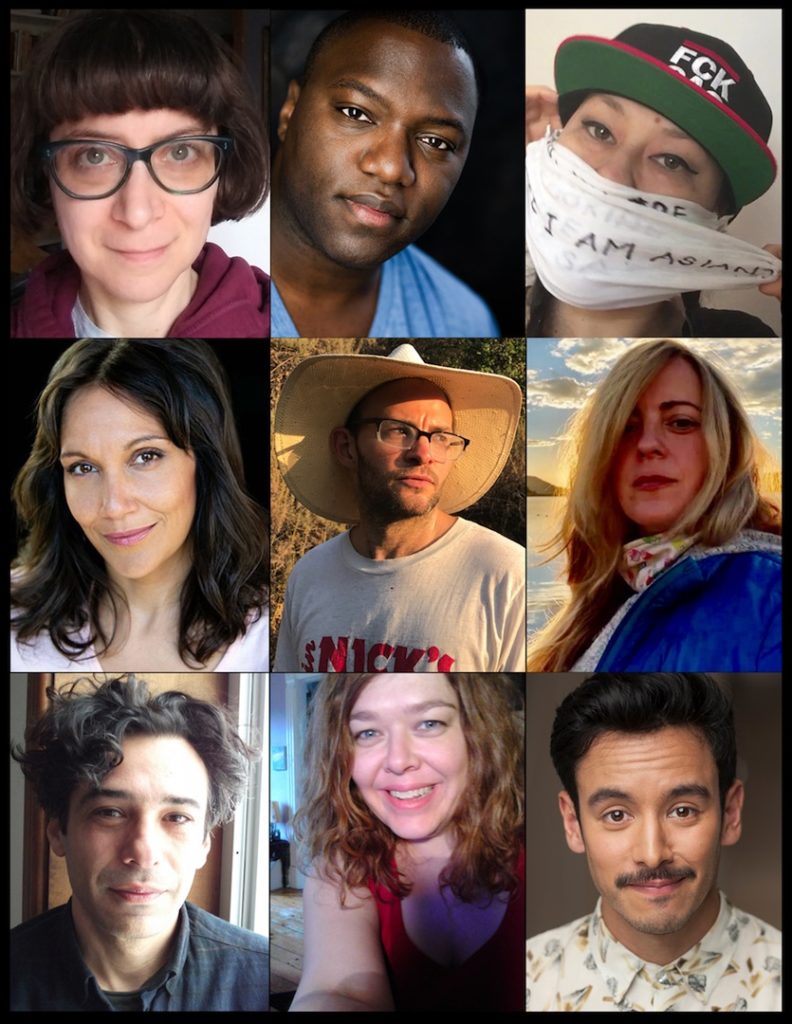 Where: Facebook and YouTube (search for “Soliciting Prophecy : Viewing Party”). Visit www.scapegoatcarnivale.com
When: February 15, 2021 at 8pm
Cost: Free of Charge

Faced with the repeated closures of Canadian and American theatres, Scapegoat Carnivale co-artistic directors Alison Darcy and Joseph Shragge solicited prophetic predictions from fellow artists in Montreal, Vancouver, Mexico City and Los Angeles. This new collaboration evolved into an online think tank/writer’s room with the aim of creating a series of contemporary responses as digital performance pieces on the theme of Prophecy.

After a month of discussions ranging from Greta Thunberg, to treating trauma with psychotropic drugs, to utopian visions, and brushes with mortality, each artist produced a digital work reflecting their own interests and lines of inquiry.

Soliciting Prophecy Series:
Alexis Diamond (Montreal, QC): First Flush of a Gleaming New Age
In a near post-pandemic future, Myriam follows the signs revealed to her in a dream to fulfill the prophecy of the Great Flush.

Mary Jane Gibson (Los Angeles, CA): Primordial Prophecy
A dying woman seeking to find what awaits her on the other side pulls open an ancient door to another psychedelic dimension.

Gitanjali Jain (Mexico City, MX): Prophette
Lula, a young girl, descended from whales, learns from her ancestors that she must play a role in altering the course of our climate crisis, as well as revive the well-being of whales on the planet. This hand-drawn, ethereal animation features real whale-songs as a central part of the soundtrack.

Julie Tamiko Manning (Montreal, QC): Whoever put me up here, you just wait ’til I get down!  A woman gets off of her pedestal.

Alexander Nemser (Los Angeles, CA): God’s Eyebrows
A retelling of the Bible story of King Saul and the Witch of Endor. Picture Larry David as a Trumpian King Lear who visits an illegal healer on the eve of his unraveling.

Omari Newton (Vancouver, BC): You Know, You’re Right…
On the last day on earth, fraternal twins debate what awaits them on ‘the Other Side’. The tension between the diametrically opposed lifestyles of these loving, but divided siblings, and how they choose to spend their last living moments, makes for an evening fraught with anxiety.

Conor Wylie (Vancouver, BC): Dimension in the Clouds
The planets align, the bridge appears, and a brave child steps across to tell us what’s on the other side. Created and animated by a kid and a kid-at-heart.