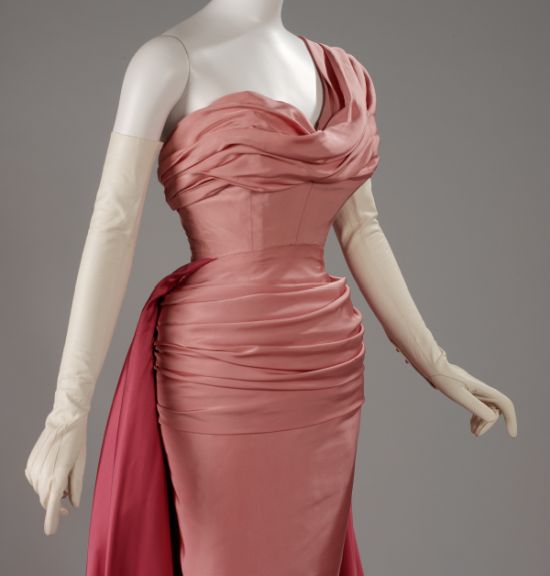 Where: Royal Ontario Museum
When: November 25, 2017 to March 18, 2018
Cost: The exhibition is separately ticketed. Pricing for Adults is $8 in addition to General Admission. ROM Members always enjoy free admission.

Details: In celebration of the House of Dior’s 70th anniversary, the Royal Ontario Museum (ROM) is pleased to announce a new exhibition featuring signature pieces from one of the Museum’s most treasured, yet rarely seen collections. Christian Dior, presented by Holt Renfrew, focuses on the ground-breaking early designs of famed couturier Monsieur Christian Dior.

Spanning the years 1947 to 1957, the exhibition explores Dior’s masterful creations which revived the Paris haute couture industry following the Second World War. In 1947, the opening of the new couture house and the presentation of Christian Dior’s revolutionary New Look—with soft shoulders, padded hips, and long, full skirts—swept away the masculine wartime styles. One of the most important designers of the 20th century, Christian Dior’s feminine fashions were desired, worn, and emulated by women around the world.

On display in the ROM’s Patricia Harris Gallery of Textiles & Costume, the exhibition is arranged thematically by Day (coats, suits, and day dresses); late Afternoon to early Evening (cocktails and dinner dresses); and Grand Occasion (ball and formal gowns). Featuring 40 designs, many of which were worn by Toronto’s socialites of the period, the pieces are contextualized with Dior accessories and perfumes, and augmented by contemporary film, sketches, fashion photographs, and advertisements.

ROM visitors are invited to experience the exquisite craftsmanship, intricate detail, and inspired designs by Christian Dior. Drawn from the ROM’s renowned Christian Dior haute couture collection, the exhibition is supported by loans from Christian Dior Heritage, Paris and several other lenders. It explores how and why Dior’s iconic seasonal collections, his masterful cuts, and his use of luxury textiles and lavish embroideries laid the foundation for the fashion house’s global success so that, by 1953, it accounted for five percent of all French exports. Christian Dior offers a rare opportunity to examine firsthand the creative process of the Paris haute couture industry during the 1950s and see first-hand the influences that are still felt today.