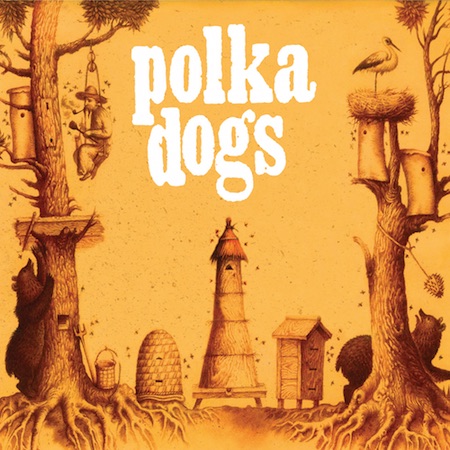 Details: The revived, renascent and reformed Toronto theatre-based band, The Polka Dogs, have returned after a 25-year hiatus, with a new album The Bee officially released on June 1, and an Ontario tour.

Starting as a theatre pit band in 1989, the band wowed the world in the 90s with an explosive, raucous, joyous sound of trombone, tuba, banjo, drums and that sultry, fantastic voice of theatre staple John Millard. The band returns with the same original sound, and features all five of its founding members including, Tom Walsh on trombone, Tiina Kiik on accordion, Colin Couch on tuba, John Millard on banjo and vocals, and Ambrose Pottie on drums.