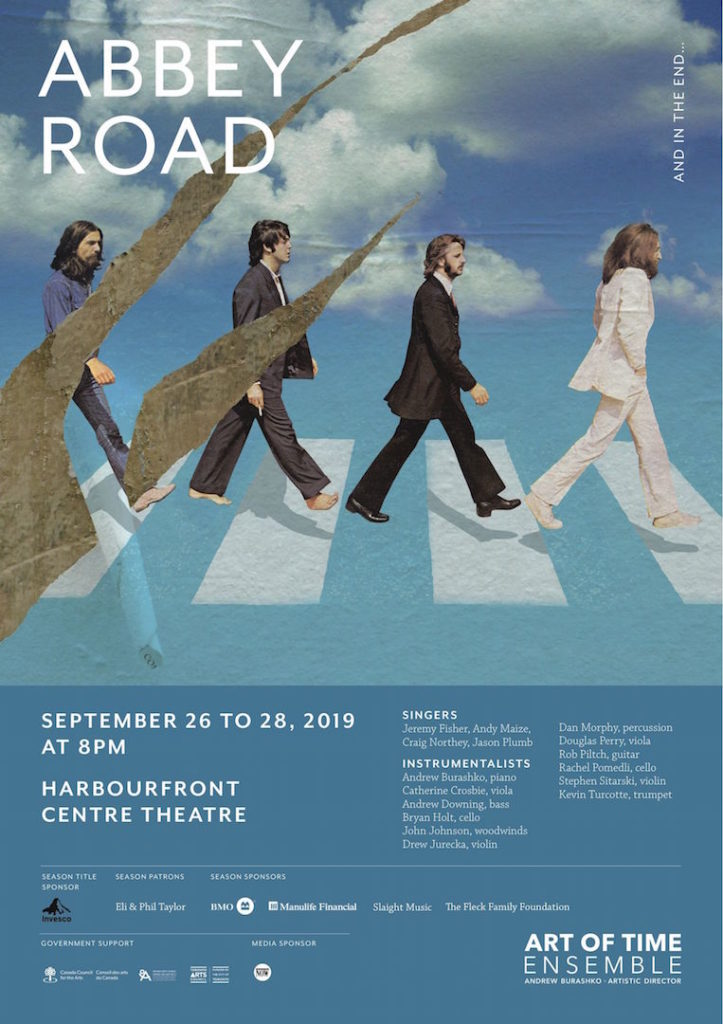 Details: To mark the 50th anniversary of the release of The Beatles’ Abbey Road, the Art of Time Ensemble, under the artistic direction of founder Andrew Burashko, presents the entire album – re-imagined, re-invented and performed by top Canadian artists from the worlds of pop, classical, and jazz.

Abbey Road was released on September 26, 1969 and is widely regarded as one of the greatest albums of all time as well as one of the most important in the history of popular music. In 2003, the album was placed at number fourteen on Rolling Stone magazine’s list of “The 500 Greatest Albums of All Time.”  Some of The Beatles most enduring songs are on Abbey Road: Something, Come Together, Here Comes The Sun, Because. Get ready for a huge treat.