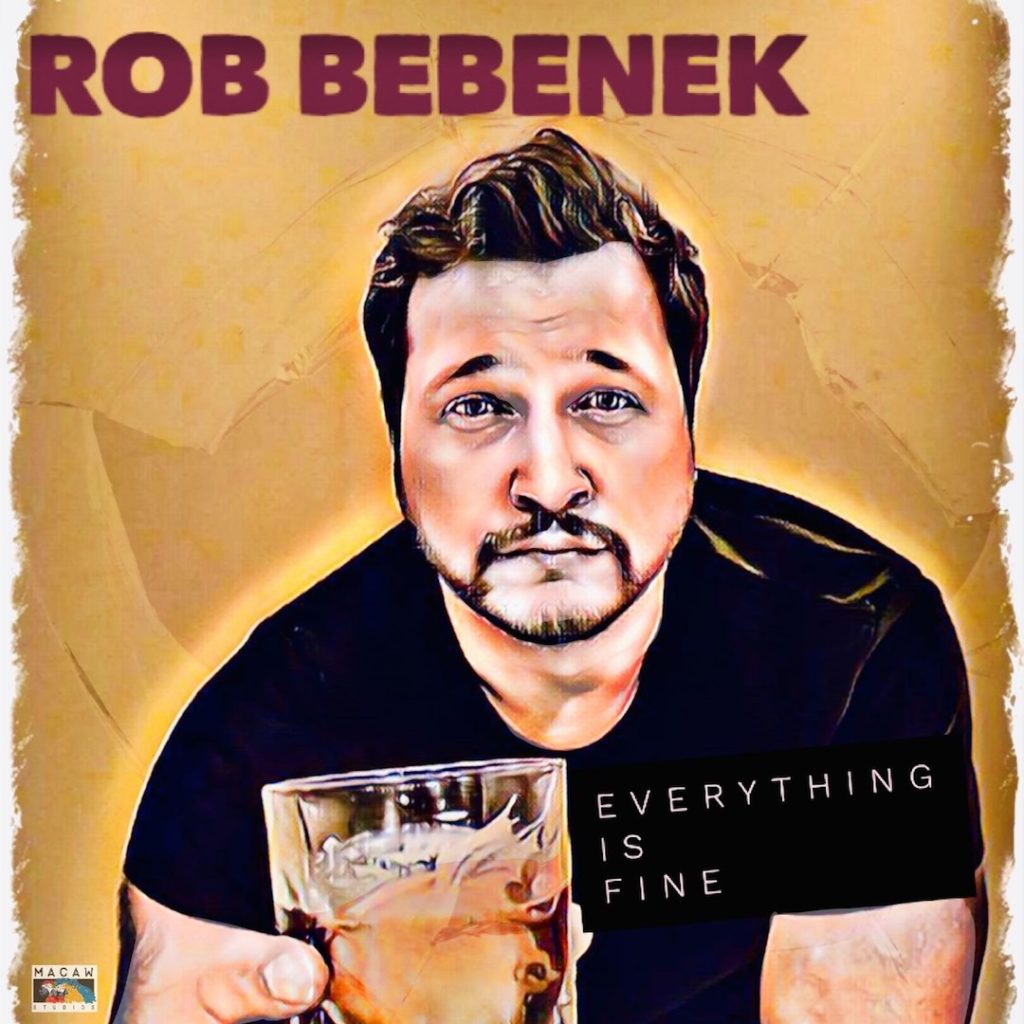 Where: Available on Google Play, Apple Music, Spotify
When: Release Date is August 28, 2020

Details: Macaw Studios will release Everything is Fine, the debut comedy album from Toronto-based stand-up comedian Rob Bebenek, across all digital platforms on August 28.

Rob Bebenek is not an angry guy. Everything is Fine just happens to feature 16 stories recounting his experiences with things like grocery store induced panic, and home renovation induced rage. Recorded at Yuk Yuk’s in downtown Toronto, Rob uses his straight-forward flow of anecdotal humour to share his frantic bewilderment on everything from the pattern of highway signs in Nova Scotia, planned obsolescence, and the impressive audacity of senior citizens. Whether he’s talking in admiration or anger – Rob Bebenek is just mad funny.

Originally from Kitchener, Ontario Rob Bebenek has been drawing acclaim across Canada after appearances at the Just For Laughs Festival and a breakout viral video from Winnipeg Comedy Festival. He was a finalist in Sirius XM’s Top Comic, has appeared on MTV, and opened for acts such as Bob Saget, Burt Kreischer, Charlie Murphy, Steve-O, and Gerry Dee.

Macaw Studios is a multi-platform production company dedicated to producing and promoting the very best in Canadian comedy.  Macaw’s artist-first attitude has made it the go-to production company for comedians such as  Chris Robinson, Mark Forward,  Graham Chittenden, Scott Thompson, Mike Rita, and Dave Merheje, winner of the 2019 Juno Award for Comedy Album of the Year.