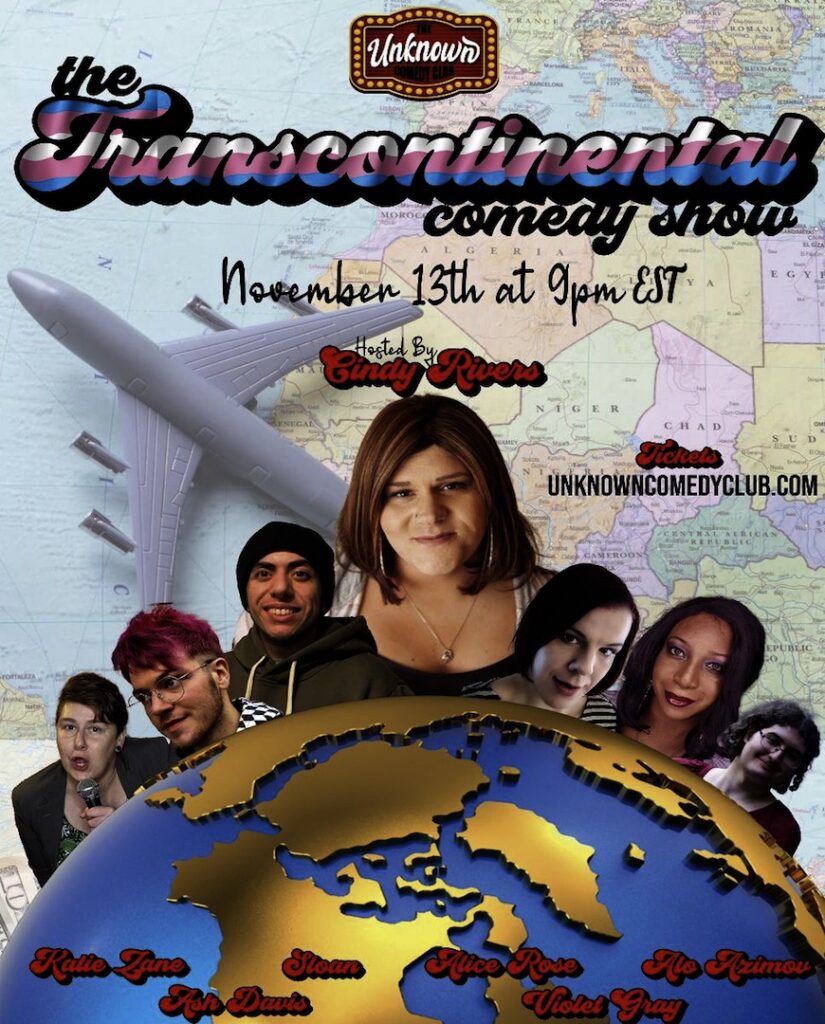 Where: Virtual comedy show
When: November 13, 2021 @ 9pmET
Cost: Tickets are $15 CAD and can be purchased at www.unknowncomedyclub.com

Details: The Unknown Comedy Club, Canada’s premiere, Black-owned, online comedy club, presents The Transcontinental Comedy Show, a virtual comedy show with a lineup featuring trans comedians from across North America.   Hosted by Cindy Rivers from Calgary and will feature Alice Rose from Toronto, Violet Gray from Baltimore, Katie Zane from Chicago, and Alo Azimov, Sloan and Ash Davis from Montreal. The Transcontinental Comedy Show will bring together this dynamic lineup of trans comics with hilarious stories from their individual experiences and communities. This show will spotlight and celebrate trans voices in Canada and the United States with an unprecedented showcase of stand-up comedy.