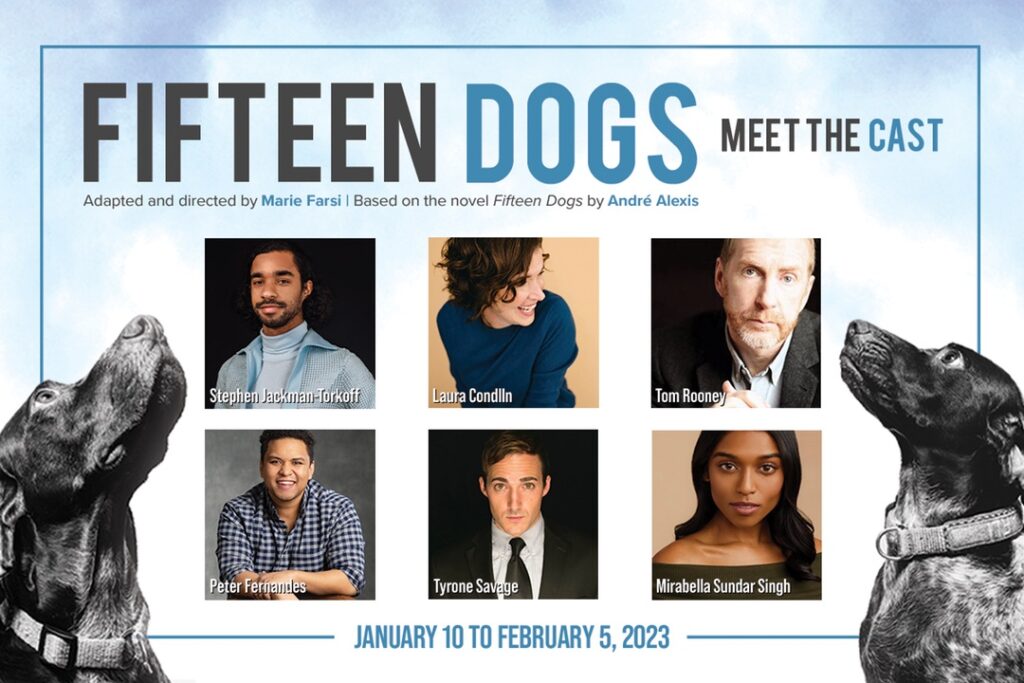 Where: Guloien Theatre, 345 Carlaw Avenue (at Dundas Street East)
When: January 10 to February 5, 2023
Cost: Ticket prices range from $45-$65 and can be purchased at crowstheatre.com. Sunday Pay-What-You-Can matinee tickets available two hours prior to show time.

Details: It all starts with an act of divine intervention. Meddling Greek gods, Apollo and Hermes, are drinking beer at the Wheat Sheaf Tavern in Toronto and arguing about – what else? – the nature of humanity. “Is it possible to die happy?” they ponder, and place a wager on whether or not animals would be happier than humans if they are granted human intelligence.

Around the corner, the gods find a veterinary clinic with fifteen dogs and grant them human consciousness. By turns joyful and tearful, playful and philosophical, Fifteen Dogs is an elegant and hugely entertaining modern-day fable about love, language and the human condition.

André Alexis was born in Trinidad and grew up in Canada. Fifteen Dogs, a global bestseller by the beloved Toronto writer, won the Scotiabank Giller Prize, the Rogers Writers’ Trust Fiction Prize and Canada Reads.